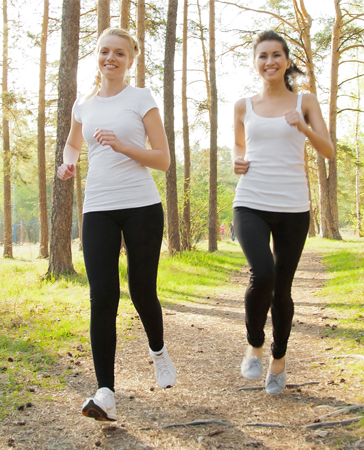 Bikram Yoga is perfect for runners – of all ages and levels of abilities. The practice of Yoga has benefits on both the runners body (improves flexibility, range of motion, muscular strength) and mind (more focus, less stress). Practising Bikram Yoga even only once a week can help loosen tight spots, strengthen weak spots, and make you a better, less injury prone runner.

Yoga relieves soreness and tension in muscles and restores range of motion so you can run even better. Runners who come to Yoga frequently experience some difficulty with postures because they have been running with their tight muscles for a long time. Patience and perseverance with Bikram’s sequence pays off.

Yoga can also boost antioxidant status and lower stress hormones. According to a recent report in “The Journal of Alternative and Complimentary Medicine”, researchers gave 25 students either a 12 week Yoga program, or a 12 week non Yoga program. Tests before and after the period showed those who had practised Yoga had lowered their oxidative stress levels, improved their antioxidant levels, and reduced the amount of stress hormones they produced.

The owner of Adelaide Hills Bikram discovered Bikram Yoga when she was training for a 950km charity run from Melbourne to Adelaide. Both she and her running partner practised Bikram regularly in between running at least 80kms during training. Since that time Joan has experienced issues with one of her knees. In spite of two arthroscopies, her knee still tends to swell after running and give her pain. However, if she practises Bikram Yoga – as the 90 minute sequence, she can run regularly.

There is no need for pain killers, and more importantly, Joan can continue to run regularly!